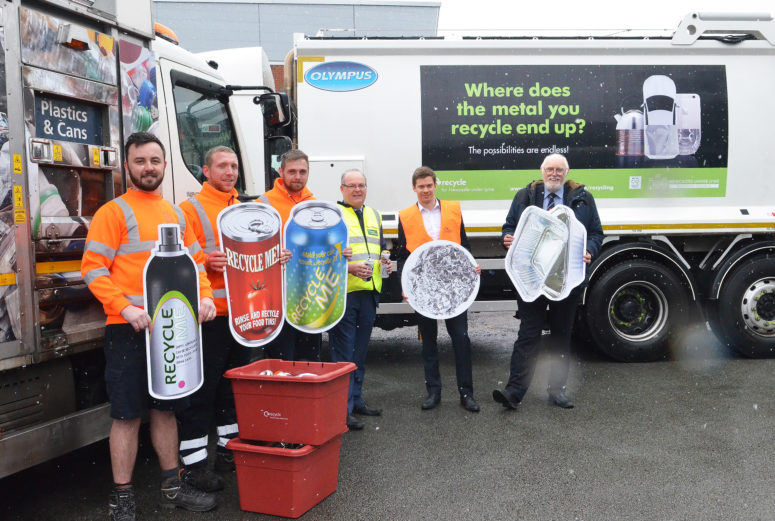 Leaflets have been sent to 56,000 homes, recycling vehicles are now fitted with promotional signs and residents can find out more at several planned roadshows. Supporting messages will also be shared on social media.

Homes in the borough use more than 66 million cans, foil trays and aerosols every year – if all of this was recycled, it would be the equivalent to taking more than 382 cars off the road. Making drinks cans from recycled metal saves up to 95 per cent of the energy and greenhouse gas emissions needed to make both aluminium and steel from raw materials.

Cllr. Trevor Johnson, Cabinet member for environment and recycling, said: “Residents have formed very good recycling habits but we want to raise awareness about particular items that can have a massive impact on the environment as they are easily and endlessly recyclable. Every can recycled saves enough energy to run a television for four hours so a small action like putting your empty bean tin into your red box can make a big difference.”

The MetalMatters programme is an industry partnership involving leading producers, users and recyclers in the UK and is managed by the Aluminium Packaging Recycling Organisation (Alupro) on behalf of these funding partners. The MetalMatters campaign has been launched in 84 local authority areas and reached more than 5.5 million households since 2012.

Rick Hindley, executive director of project managers at Alupro, added: “It is great to be able to work in partnership with Newcastle-under-Lyme Borough Council to promote the recycling of metal packaging. This campaign has delivered significant increases in the amount of metal packaging collected for recycling in other parts of the UK, so we are aiming to repeat – and hopefully better this – in the borough.”

Cambridge City and South Cambridgeshire District pledge to ‘Make their...