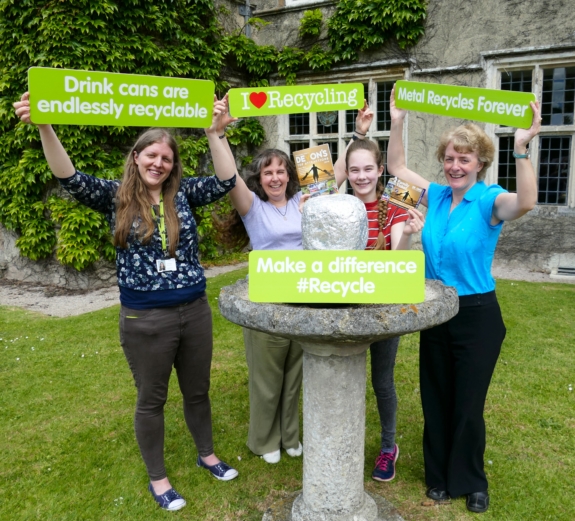 Since 2012, the MetalMatters campaign has been deployed in over 100 local authority areas to 6.6 million households.

During the Spring and Summer of 2019, we undertook consumer research in an active campaign area in order to test the messaging and its’ impact on residents recycling behaviours.

We selected Teignbridge District Council in Devon which incorporates coastal towns and Dartmoor National Park.  The area has 62,000 households and operates a mixed kerbside recycling system.  The MetalMatters programme ran for twelve weeks, starting in March 2019 when the first leaflets were delivered to households; the campaign was supported by local roadshows, community displays, social media and via the Council website.

An independent market research agency surveyed 1,100 residents a month before the MetalMatters campaign began, and again afterwards.  The audience was ‘quota’ sampled to be broadly representative of the overall Teignbridge population, by age and gender, and conducted using a door stepping methodology, with only residents taking part in the survey.

The key findings when comparing the pre and post survey results:

It is particularly reassuring that 32% of residents recalled the campaign materials; the market research agency suggested that for a campaign of this size and type, they would normally expect recall levels to be closer to 5-6%.  It was also interesting that over half of residents surveyed still preferred to receive information in leaflet form – the art of written communication is not dead yet.

We are encouraged by the findings in Teignbridge and look forward to announcing the campaign results later this year.