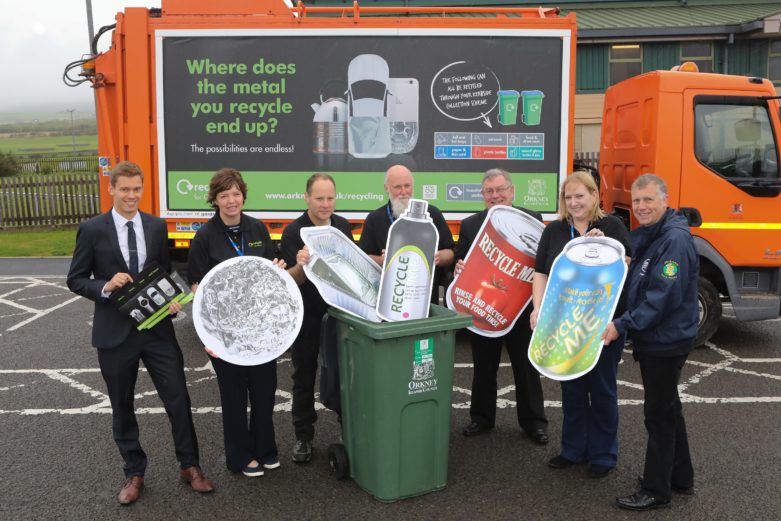 Since the MetalMatters programme launched in 2012, one in five UK councils have chosen the campaign as a vehicle to deliver their recycling messages to householders and increase the metal packaging captured at kerbside: A total of 5.3 million households have now received MetalMatters messages directly through their door.

Nine councils have launched MetalMatters campaigns in 2017, and seven have been launched since the beginning of September. All are receiving funding support from the industry partnership and have been developed with programme managers, Alupro.

Bristol City, South Staffordshire, Calderdale (W. Yorkshire), Castle Point (Essex), Cheshire West and Chester, Orkney and West Dunbartonshire are all using MetalMatters to promote metal packaging recycling to their residents.   In total 592,000 households in the past month have been directly communicated with and encouraged to recycle their drink cans, food tins, foil and empty aerosols.

Councillor Fi Hance, Cabinet Member for Energy, Waste and Regulatory Services in Bristol said:                ‘We’ve had lots of interest in the MetalMatters campaign since it was rolled out across the city by Bristol Waste Company in September. Metal is a valuable resource for Bristol and we are looking forward to seeing the results.”

Orkney Council is Britain’s smallest local authority, with a population of just 20,000 and a recycling infrastructure that relies heavily on bring banks as well as kerbside collections. The attraction of MetalMatters was the opportunity to communicate directly with residents through two leaflet drops to every household. The campaign is being used by the Council to inform residents that it has added aerosols and foil containers to its collection scheme for the first time; so it hopes that the  combination of information, education and reinforcement of the campaign messages will prove to be a positive method of boosting recycling rates.

“We are thrilled that one in five councils in the UK have partnered with the MetalMatters programme so far. We are particularly pleased to be working with Orkney: the programme has been deployed in both urban and rural areas and has proved successful in all settings, but this is the first time we have worked with such a small population.” He adds, “to date, every deployment has resulted in a positive impact on metal packaging capture rates which clearly demonstrates that focussing on behaviour change will deliver significant increases in recycling rates.”

The campaign is based around a two-phase leaflet drop that informs and reminds householders about what and how to recycle, and explains what happens to metal packaging when it is recycled.   The remaining campaign elements are completely flexible depending upon the needs of the local council who can choose from a ready-made library of resources ranging from bin stickers to cinema screen adverts.

The programme is funded by a partnership of metal packaging manufacturers, fillers and reprocessors, industry organisations and compliance schemes and is delivered on their behalf by Alupro, with support from local authorities and their waste collection partners.